Why Netflix’s wine movie ‘Uncorked’ is worth savoring

It’s been a few years since the wine world had a movie that focused on the career of the sommelier. Yes, there are the recent documentaries, such as SOMM I-III, but we haven’t had a wine drama since Sideways in 2004 to make us rethink how wine is viewed. Sideways caused merlot to tank based on one line in the movie and is set in picturesque Santa Barbara wine country. Uncorked, on the other hand, is set in Memphis, Tennessee, a place not necessarily regarded as a wine hot spot; it shows how wine can change the trajectory of your life in one bottle. Producing powerhouse Prentice Penny (most notably for Issa Rae’s Insecure), in his directorial debut for Netflix, has made just the movie the wine world didn’t know we needed.

The cast, unlike most wine movies, is primarily made up of faces we don’t normally see: Black people. Uncorked centers on the relationship of young Black Elijah Bruener, played brilliantly by Mamoudou Athie (The Get Down, Sorry for Your Loss) and Louis Bruener, the stoic, hard-to-please dad played by the legendary actor Courtney B. Vance. Niecy Nash (Claws, Reno 911!) rounds out the main cast as Elijah’s supportive and loving mother showing us why Niecy Nash is a national acting treasure.

Athie plays Elijah, son of Louis Bruener, and is heir apparent to a Memphis barbecue chain he has no desire in running. “It’s the story of so many people,” says Athie. How do you find our purpose without hurting the generational livelihood of your family? At its core it is a wine movie about family; it is also a family movie about wine. The pull of the wine world is too hard to shake for Elijah, who is expected to take over the family business. Louis doesn’t understand Elijah’s desire for wine and tries to shut him down for finding fulfillment in a job other than taking over the family’s restaurant. It is a story that has been told many times before, but in Penny’s hands, it is delivered deftly with humility, love, and humor.

We find Elijah at a crossroads, like many people who haven’t quite figured out their thing. He discovers wine through his part-time job at a wine store and uses it as his passport to travel the world without leaving Memphis. In wine, Elijah finds his purpose and something that not only interests him, but something he’s naturally good at. Actors usually become one with their character, but how was it for Athie to learn verbiage that he knew he would be judged for? “Wine can be such a daunting thing because there is just so much. And the thing I needed to learn is the understanding of how one could learn to do this profession,” says Athie. “The wine world is fascinating and it’s just one of those things that you would want to investigate more. After the movie, I’ve gotten a lot more adventurous with my wine drinking.”

(If Mamoudou Athie had to pair Uncorked with a wine it would be the “Margerum Wine Company, M5 out of Santa Barbara County. It is pure fire.” As for me, I’m pairing it with Egly-Ouriet Grand Cru Brut Rosé NV and 2017 Maison Albert Bichot, Chablis Premier Cru “Les Vaillons” Domaine Long-Depaquit.) 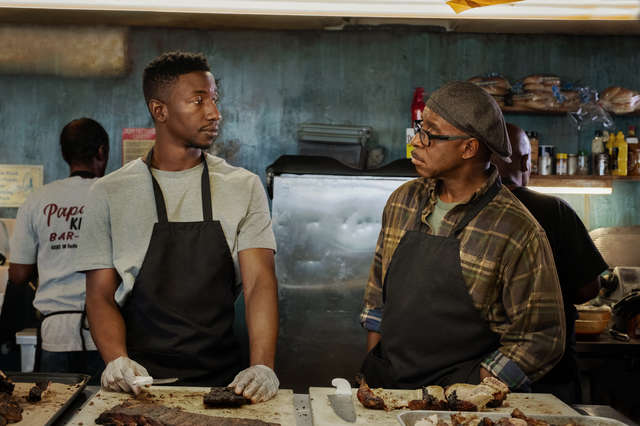 What does it take to be able to master the lingo of the master sommelier? Bring in two industry veterans, DLynn Proctor of SOMM fame, and Ryan Radish, a Memphis sommelier and wine director of the restaurant group Enjoy a Restaurant, were on hand to help Athie with pronunciation, delivery, and expectations of this somm in the making. Athie had his work cut out for him in learning wine lingo, how to hold a glass, and more.

“I made sure he was taught everything from how to hold a glass, to how to smell and taste wine, and how to get the lingo of love talking about blind tasting wines,” says Radish. “Mamoudou spent about six hours a day for a week learning everything he could. By the end he was speaking so fast about wine, I think he could actually pull it off in real life,” says Penny.

The movie showcases not only what goes into becoming a sommelier, but how wine can be the catalyst for bigger dreams. Becoming a sommelier is not cheap. The costs of classes are just part of the process to becoming a sommelier. There are blind tasting groups to taste and learn with your peers, wine maps you have to study for regions, subregions, and soil structure; flash cards to practice memorization of wines and regions; wine to be tasted for study and analysis; and other factors like traveling abroad to take key exams. The majority of sommeliers also work in hospitality on top of studying. It is not for the faint of heart. 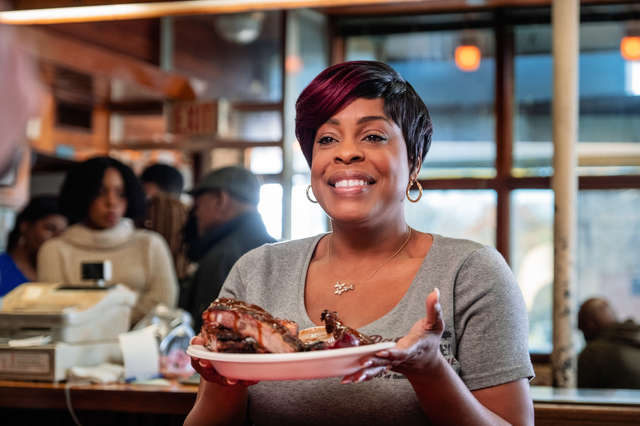 “I hope this film inspires people who might feel unable to express their dreams, especially men of color and certainly fathers and sons,” says Penny. “I just want people to see themselves in worlds that they wouldn’t normally see themselves in, even seeing a Black American man in Paris. It’s a slice of life movie that I hope gives us other representation than what is normally expected of us.”

Can Uncorked do for wine culture what SOMM did for the sommelier? Yes. The difference is it will reach a different audience, one that looks vastly different than what the wine world currently looks like. Athie as Elijah captures emotions that are rarely seen by young Black men in the movies — joy, sadness, elation, and more the complex issues that unfold between a father and a son. Uncorked will do for Black wine culture similar to what Black Panther did for movie culture: It will let Hollywood know Black stories are equally as important and deserve to be told.

The post Why Netflix’s wine movie ‘Uncorked’ is worth savoring appeared first on DefenderNetwork.com.