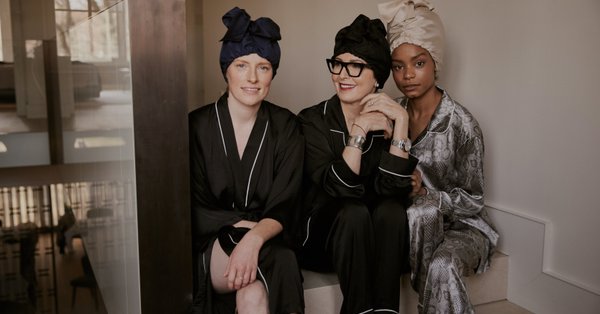 A white woman, convinced she’d “invented” a revolutionary new hair accessory to protect your hair at night, is issuing an apology after getting the side eye from Black women on social media.

In an article from Fashion Magazine, Sarah Marantz Lindenberg is the creator of NiteCap, a product that is described as “a washable silk hair wrap that aims to protect both skin and hair, and makes you look like Greta Garbo circa 1930.”

READ MORE: GOP lawmaker trolls us all by declaring: ‘I’m a person of color. I’m white.’

According to the company’s website, “During her pregnancy with twin girls, Sarah was required to go on bed rest – allowing her time to grow the idea of silk sleepwear for hair. She was inspired by the delicate benefits of this luxurious fabric along with the rich history of hair wrapping.”

“My concept came out of a problem that needed solving,” explained Lindenberg. “It inspired me to create something of my own.”

This brazen entrepreneur is said to have come up with her brainchild, “after much consideration, conceptualization, brainstorming and borderline obsessive research” at one point modestly admitting, ”I literally measured the heads of every person I interacted with,”

Given that hair wrapping has been a part of Black women’s hair care routines for centuries, and at certain points in American history there were even laws in place forcing Black women to wear head wraps because their hair was seen as unsightly, its a bit confusing how Lindenberg somehow seemed to miss all that during this extensive research she speaks of.

As a result, she’s managed to re-invent the wheel, and is now selling the same sorts of bonnets that can be bought at any local beauty supply for a few dollars, for a whopping $98 retail.

While the Black model conspicuously featured in the article wearing Lindenberg’s over priced silk scarf may not have given her a heads up, social media is far less meek and quickly let their displeasure be know. And once she got wind of the backlash, Tuesday afternoon she issued a formal response.