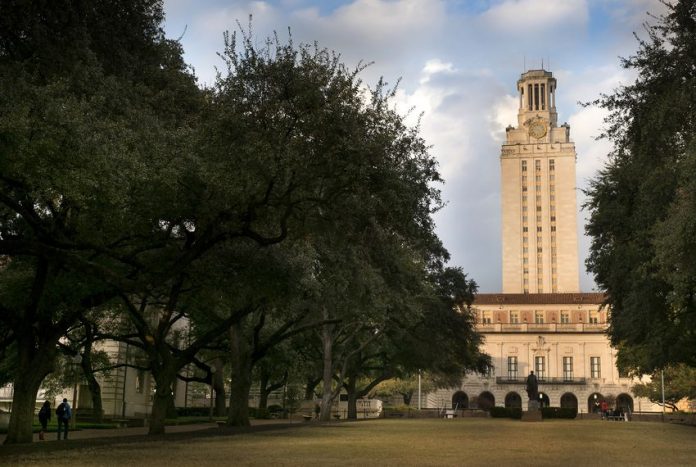 Seeking to make college more affordable, the University of Texas will use some of its oil money to dramatically expand the financial aid it offers to low- and middle-income undergraduates on its flagship Austin campus.

The system’s governing board approved a special $160 million distribution from its endowment Tuesday, which school officials expect will fully cover the tuition and fees of students whose families earn up to $65,000 in adjusted gross income a year starting in 2020. The funding, which will be used to create a new financial aid endowment, will also let UT-Austin alleviate tuition costs for students whose families earn up to $125,000 annually, if they demonstrate financial need.

“Our main focus at the UT system is our students. That’s it, that’s what we’re in business for is to provide an affordable, accessible education for our students,” board Chair Kevin Eltife said in an interview after the vote. “We all know the struggles that hardworking families are having putting their kids through school. What we’ve done here is repurposed an endowment into another endowment that will provide tuition assistance to a lot of the working families in Texas.”

The funding marks a significant expansion for UT-Austin, which currently has a financial aid initiative that guarantees free tuition to students whose families earn up to $30,000 a year. The median household income in Texas was just over $59,200 in 2017, according to U.S. Census Bureau data.

School officials estimate about a quarter of its undergraduates from Texas — 8,600 students — would have their tuition fully paid under the new plan, and an additional 5,700 would receive financial aid from it. The program will not pay for students’ living expenses, which were estimated to be around $17,000 for the 2019-20 academic year. Tuition and fees averaged $10,314 for Texas residents.

UT-Austin President Greg Fenves said he was grateful to the board for “prioritizing students and investing in the future of our great state.”

“Chairman Eltife understands that college affordability is one of the most critical issues affecting all Texans,” Fenves said in a written statement. “Thanks to his leadership and the board’s action, this new endowment will go a long way toward making our university affordable for talented Texas students from every background and region.”

Eltife said, “This is something that I think is a great step in the right direction, and we’ll keep moving in this direction.”​​​

The money will supplement federal and state financial aid programs.

The UT System has one of the richest educational endowments in the country, second in size only to Harvard University last year, according to Bloomberg data. (The system has far more students across its 14 institutions than those who attend Harvard.)

But a Texas Tribune investigation from 2017 found that just a fraction of the endowment distribution was being used for financial aid at UT-Austin — about $3 million for undergraduates — and that money dedicated to system administration and initiatives, like an in-house educational technology startup, had increased. The chancellor and many of the regents have changed since then, and Eltife has been critical of past spending priorities.

System officials have said in the past that their projects saved money by centralizing functions and benefited students at UT’s other institutions. The state constitution allows only UT-Austin to receive operational funding from the endowment; other campuses can get bonds backed by the oil fund for construction, and the system can use it for capital projects and administration.

The Texas endowment dates to 1876, when the state set aside more than 1 million acres of West Texas land to support the development of the UT and Texas A&M University systems. The value of the fund shot up with the discovery of oil and the advancement of hydraulic fracturing. In May 2019, its value was $22.3 billion, according to the UT System.

Typically, royalties earned off the land are invested in stocks, bonds and other assets by the nonprofit University of Texas/Texas A&M Investment Company, known as UTIMCO. Annual distributions from the fund cannot surpass 7% of the market value of its investments. Two-thirds of the payout is earmarked for UT, and the remainder is for A&M.

The board approved a more than $1 billion distribution in May, and Tuesday sent an additional $83.3 million to A&M. With the supplementary funding, the annual payout now totals about 6.86% of the fund’s investments.

A&M has for years had a financial aid program that covers tuition costs for students whose families have an adjusted gross income of $60,000 or less. Last year, 6,726 students benefited from it, according to a statement from the system, and its board set aside $30 million in 2018 to offer one-time grants to students coming from families that earn between $40,000 and $100,000 a year.

Laylan Copelin, a spokesperson for the Texas A&M University System, said of the funding distributed Tuesday, “We will discuss with our regents how best to spend this money for the benefit of our students.”