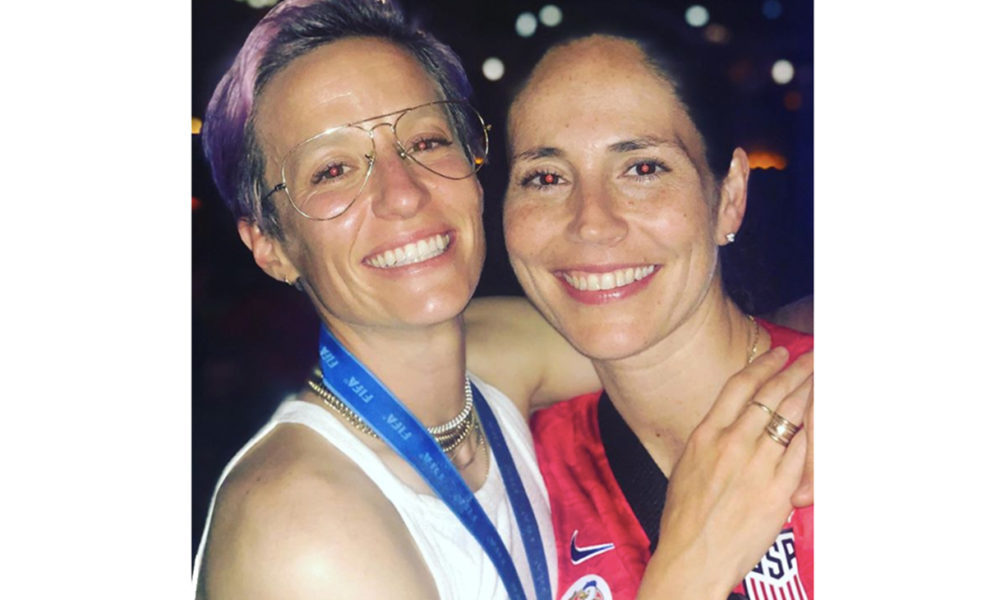 To call soccer superstar Megan Rapinoe “bold” is an understatement.

She is one of the few athletes audacious enough to take up the cause with Colin Kaepernick and kneel during the play of the national anthem. She has publicly declared that she may never sing the “Star-Spangled Banner” again because of the multiple instances of inequality in America.

Most of all, Rapinoe generated all kinds of quakes when she told outlet “Eight by Eight” that she’s “not going to the f—-ing White House” if the U.S. women’s national soccer team won the World Cup — which it did — inciting a vicious backlash from the right wing of America, especially from the Oval Office.

Furthermore, when Rapinoe won the most valuable player of the record-breaking U.S. Women’s National Team (USWNT) that won the World Cup on Sunday, July 8, 2019, one of the first things she did during the post celebratory festivities, was quote the late, legendary rapper, Nipsey Hussle.

Rapinoe, an activist athlete who ardently advocates for gender and racial equality, posted this message on her Instagram page as an ode to the slain founder of The Marathon Clothing store in South Los Angeles.

Rapinoe, who is dating basketball legend Sue Bird of the WNBA, has also quoted Martin Luther King Jr. as sort of a clue into her sociopolitical philosophy.

This article originally appeared in Rollingout.com.