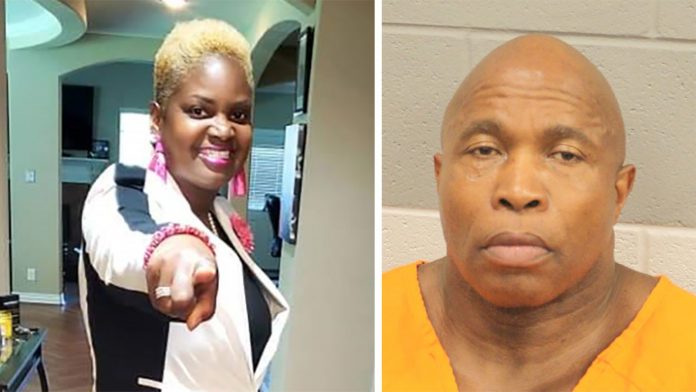 New details were released Tuesday in the case of a Harris County deputy facing a murder charge in connection with the shooting death of his wife.

Renard Spivey, 63, is accused of shooting and killing Patricia Spivey, 52, Sunday following a domestic dispute at their home in southeast Houston.

According to court documents, Renard Spivey called 911 around 3:12 a.m. Sunday claiming he and his wife had been “arguing all day” and were “tussling with the gun” when it accidentally fired, the bullet hitting Patricia Spivey.

When police arrived, Renard Spivey was transported to Ben Taub Hospital to be treated for a gunshot wound, where he gave authorities consent to search his home, according to court documents.

During their investigation, court documents said authorities found Patricia Spivey’s body in the far corner of the master bedroom closet.

According to court documents, police also found a substantial amount of blood, three shell casings and a semi-automatic gun on top of a hamper near the closet door.

Police said they spoke to Patricia Spivey’s brother, Ezra Washington, who told them the couple had been arguing about the relationship and that Patricia Spivey had suspicions that Renard Spivey was “possibly back on steroids and/or having an affair, because of a lack of intimacy in their relationship,” court documents said.

Court documents revealed that Renard Spivey had called Washington three times within three hours the night prior to the shooting. Washington told police Renard Spivey told him that Patricia Spivey had been “counting my (low testosterone) pills, claiming that I’m sleeping with someone else.”

Renard Spivey also told Washington that Patricia Spivey had called him the “incredible hulk” and that “at some point, she’s going to make him rise up like the Incredible Hulk and ‘it ain’t gonna be good,’” according to court documents.

When autopsy results for Patricia Spivey came back, they revealed that she had been shot twice, once in the arm and once in the chest. The medical examiner also said she had some minor bruising around her wrists.

According to court documents, the bullet went through her arm and into her chest below the right breast. The shot broke Patricia Spivey’s arm, making it unusable. In his initial 911 call, Renard Spivey claimed Patricia Spivey had shot him in the leg.

The bullet that struck Patricia Spivey in the chest went through her heart and into her lung, killing her, court documents said.

Police said Renard Spivey, who is right-hand dominant, was shot in the left leg.

According to court documents, authorities said all the evidence indicated that the shooting happened in the closet and the fact that Patricia Spivey was shot twice is inconsistent with an accidental shooting.

The Harris County Sheriff’s Office released a statement about the incident saying in part:

The Harris County Sheriff’s Office family extends our sincere condolences to the family of Patricia Spivey as they mourn the loss of their loved one,” said Sheriff Ed Gonzalez. “While the facts of this specific case will be determined by a jury, I encourage all victims of domestic violence to seek assistance from law enforcement and others whom they trust. I also ask anyone who suspects a friend or loved one may be the victim of abuse to persist in helping them escape a potentially deadly situation.

The sheriff’s office also said Renard Spivey had been with them since 1996 and that his employment status is being reviewed.

Following the investigation, Renard Spivey was taken into custody Monday. It is unclear when he will appear in court or what his bond will be set at.

Washington learned of the arrest and charges Monday night.