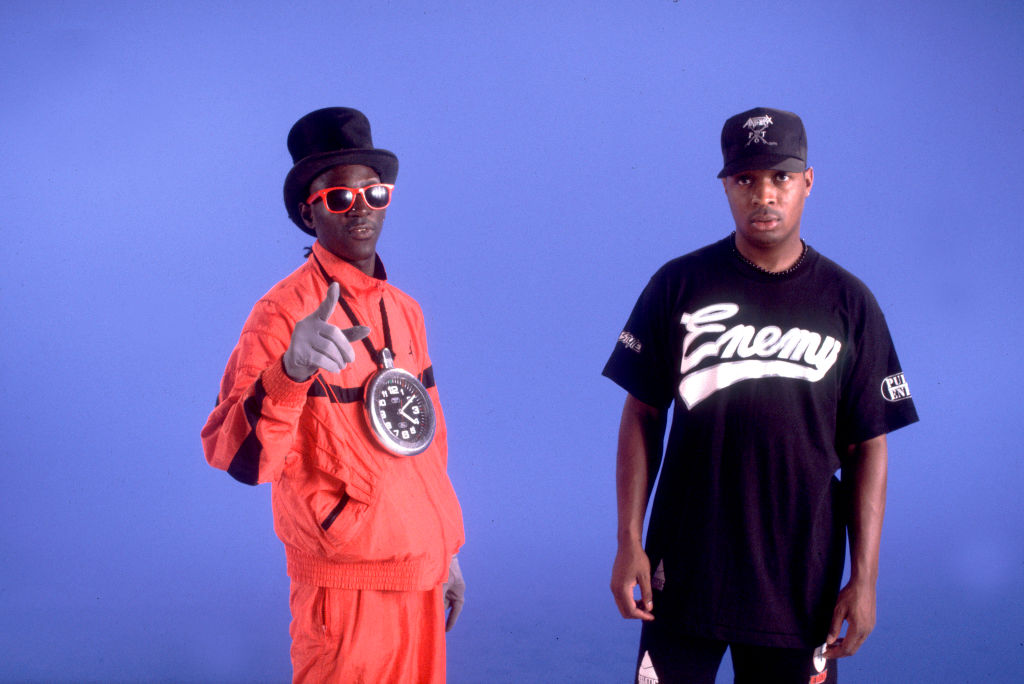 After 37 years, it appears one of rap’s greatest relationships is absolutely over.

Public Enemy announced on Sunday night that Flavor Flav would no longer be part of the group, days after Flav sent a cease and desist to Bernie Sanders‘ campaign before Chuck D was set to perform at a Sanders’ rally on Sunday.

“Public Enemy and Public Enemy Radio will be moving forward without Flavor Flav,” the legends known for “Fight The Power” and Fear Of A Black Planet said. “We thank him for his years of service and wish him well.”

Public Enemy Radio, an offshoot of the group led by Chuck D featuring DJ Lord, Jahi and the S1Ws still performed at the rally on Sunday night.

Prior to the ouster, Chuck D said that Flav had “one year to get his act together” after Flav accused the Vermont senator of “unauthorized likeness, image and trademarked clock”. “Flavor chooses to dance for his money and not do benevolent work like this,” Chuck wrote.

Legal representation for Chuck D added, “From a legal standpoint, Chuck could perform as Public Enemy if he ever wanted to; he is the sole owner of the Public Enemy trademark. He originally drew the logo himself in the mid-80’s, is also the creative visionary and the group’s primary songwriter, having written Flavor’s most memorable lines.”

Back in 2017, Flav had sued Chuck D over unpaid royalties. “This action involves the usurpation of money and property rights from Plaintiff William J. Drayton, known as ‘Flavor Flav,’” the suit stated. “Despite Drayton’s position in Public Enemy, the group’s management and related companies have for years attempted to minimize his role in the Public Enemy business, while continuing to rely upon Drayton’s fame and persona to market the brand.”

Chuck blamed Flav’s new management at the time for the lawsuit.

Flav will be ok. @tmz Drama is beneath me considering our Age. It's low entertainment but I definitely like to find those 50 songs he wrote pic.twitter.com/VMZWkk67aL

The Sanders issue wasn’t the main reason for the breakup but it had been long coming. “My last straw was long ago. It’s not about BERNIE with Flav…,” he said in a tweet.

“He don’t know the difference between [former NFL running back] Barry Sanders or Bernie Sanders. He don’t know either. FLAV refused to support Sankofa after Harry Belafonte inducted us. He don’t do that.”