On Sunday night, the Kansas City Chiefs used an impressive comeback against the San Francisco 49ers en route to a 31-20 win.

After trailing 20-10, it was all Chiefs in the final minutes of the fourth quarter. Kansas City scored three-straight touchdowns in just over five minutes to give head coach Andy Reid his very first Lombardi Trophy.

Star quarterback Patrick Mahomes struggled in the first half against the 49ers vaunted defense.

“We never lost faith,” Mahomes said. “That’s the biggest thing. Everybody on this team, no one had their head down. And we believed in each other. And that’s what we preached all year long — and we had this guy (Reid) right here to get us there.

Despite struggling for the majority of the game, Mahomes took home the Super Bowl MVP award for what he did in the fourth quarter. 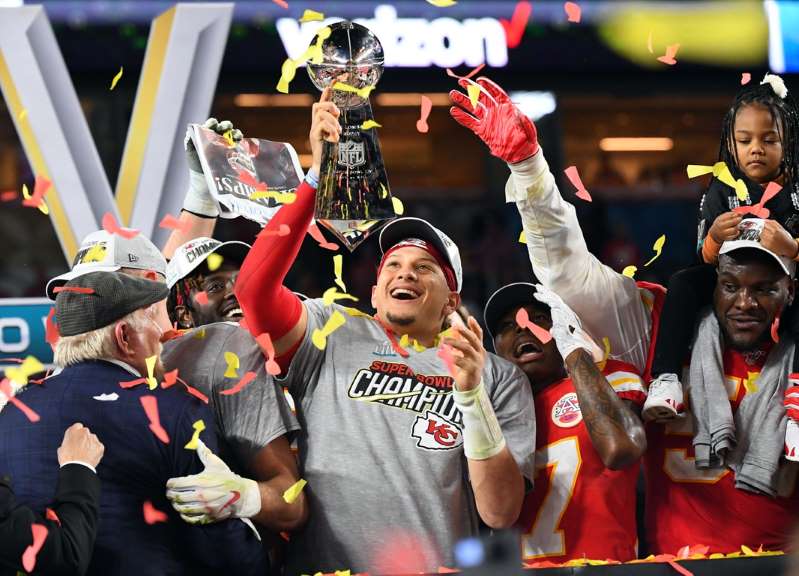 Immediately following the game, fans and media members around the world came together to praise the young quarterback’s performance.

After leading the Chiefs to the Super Bowl win, Mahomes became the youngest quarterback in NFL history to win MVP and the Super Bowl.

Mahomes is the first quarterback to score a rushing TD in a Super Bowl since Colin Kaepernick in SB XLVII.

Mahomes was just the seventh African American quarterback to start in a Super Bowl and is now the third to win it, joining Doug Williams (with Washington in Super Bowl XXII in 1988) and Russell Wilson (Seattle, Super Bowl XLVIII in 2014).

Mahomes finished the game with 286 passing yards, two passing touchdowns and two interceptions. He also added 29 rushing yards, but should have had 48 – he lost 19 yards taking knees to run out the clock.

Mahomes also added a rushing touchdown – which was the first touchdown of the game. In the end, Kansas City walked out with a 31-20 win.

Congratulations to the Chiefs and their fans on the win.