Maleah Davis Died By “Homicidal Violence” According To Medical Examiner 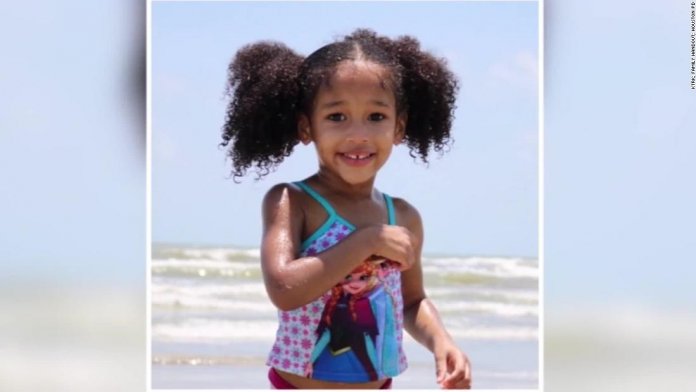 Just over one week after the funeral of 4-year-old Maleah Davis, the Harris County medical examiner in Texas ruled the young girl died of homicidal violence. The report did not detail the official manner in how she died.

Davis’ heartbreaking story has taken a series of devastating turns after she was first reported missing by her stepfather, Derion Vence, who is now awaiting trial for involvement in the young girl’s death.

Vence initially claimed that he, along with Maleah and his infant son, were the victims of an alleged beating and kidnapping, before investigators discovered there was more to the story than meets the eye. Police blame increasingly suspicious when Vence’s account of what transpired changed several times.

He was later arrested on May 11 and charged with tampering with tampering with a human corpse. After a weeks-long search, Maleah’s body was discovered in Arkansas on May 31, due to information Vence gave a local community activist who shared it with investigators. Vence, however, has repeatedly denied that he killed the little girl.

“Nothing bad happened to Maleah,” Vence said in a sit-down with ABC13.

Both Vence and Maleah’s mother Brittany Bowens faced criticism regarding Vence’s past alleged incidents of violence when it came to Maleah. Earlier in the year three children, including Maleah, were removed from the household and placed with outside family after reported physical abuse, CBS News reports. However, they later returned back to their home after a few weeks.

Maleah was laid to rest on June 22 in a My Little Pony casket donated by SoulShine Industries, created to honor her love for the characters, KTRK reports. Her obituary which read as if written by her, shared a heartbreaking message.

“I enjoyed my life and I want to thank everyone who made me laugh, smile and love on you,” it read. “At only four years old, I enjoyed school. I loved all my friends at Attitude, Respect and Manners Daycare. I would eagerly make new friends so that we could sing and laugh together everyday,” the message continued. “I will always hug and sing with all my cousins and friends, I love you.