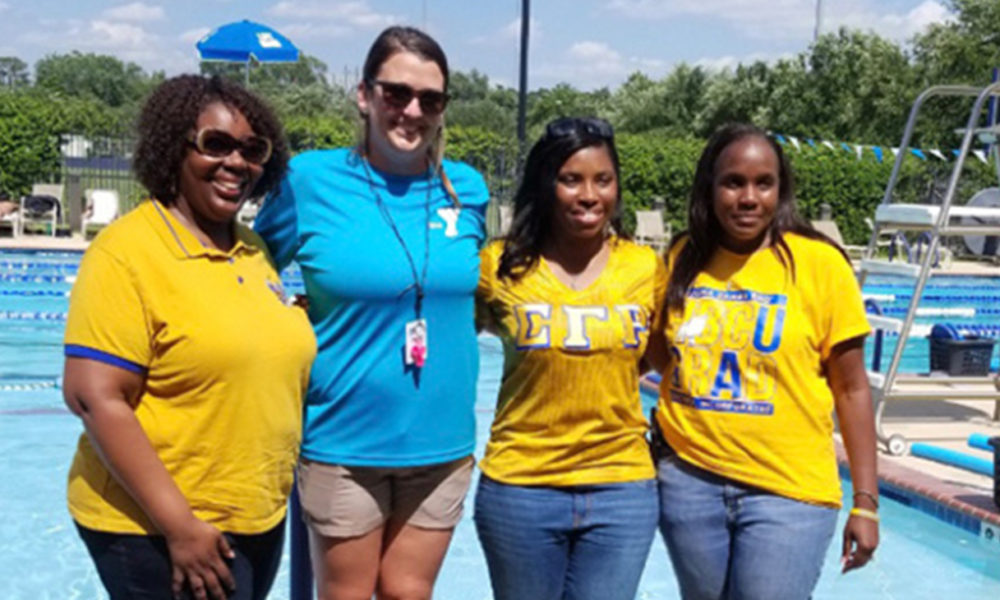 Flanked by his five-year-old daughter, Karem Greene was one of many parents who spent the afternoon at the Weekly Family YMCA on Stella Link, for a free water safety event. “I wanted to make sure she is water safe. I wanted to get a sense of where she is with water and see what you guys can provide her in terms of safety.”

Greene’s African American daughter is in a high-risk group when it relates to drownings. According to the Centers for Disease Control and Prevention (CDC), the fatal-drowning rate of Black/African-American children is three times higher than white children. Greene didn’t know the statistics, but he wasn’t surprised at the alarming rate. “There are more kids in urban ethnic communities who can’t swim because they don’t have access to the facilities, but getting them to the facilities so they can learn is important,” he said.

Greene registered his daughter after seeing the promotion for the YMCA’s Water Safety event. He and others took advantage of the event which was hosted by the YMCA and Sigma Gamma Rho Sorority, Inc’s Gamma Phi Sigma (GPS) chapter of Houston. The organizations promote water safety and encourage teaching children how to swim at an early age.

Weekly Family YMCA’s Aquatic Director, Katie Rosinke, said, water safety is the first step toward one of the organization’s overall goals. “One of the strategic initiatives for the Y is to eliminate drowning. So, our thought process behind offering free swim lessons is so people get a taste of how important water safety is, and how even 30 minutes, can help their child become safe around water.”

In addition to partnering with the YMCA, Sigma Gamma Rho Sorority, Inc. is part of a unique and historic partnership with USA Swimming. Their Swim 1922 initiative is the first of its kind focused on decreasing the drowning rates in the African American community by increasing swim participation. GPS’ Swim 1922 Co-Chair, Sada Okolo-Miles said it was a delight to find a local partner that shares the sorority’s goal as it relates to Swim 1922, “Teaming up with the Y meant our chapter’s reach was wider, and together we could help more people.”

More than 100 families registered for the event, although some were no-shows, Greene said, he was grateful for the free opportunity. Rosinke said, at the Y, inability to pay will never prohibit a child from learning how to swim. You may contact your local YMCA for more information about low-cost to free swim lessons. You may learn more about Sigma Gamma Rho, Sorority Inc.’s Swim 1922 initiative at www.Sgrho1922.org.

This article originally appeared in the African American News & Issues.