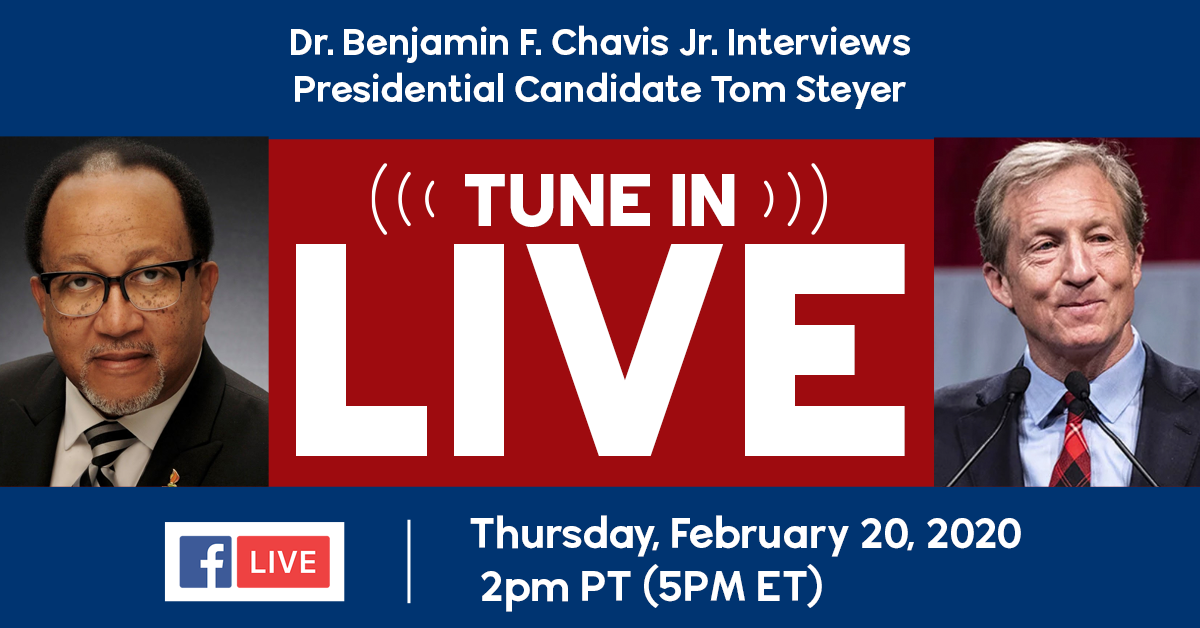 Steyer, became the first major Democrat to rally millions of Americans with a public call to impeach Donald Trump via his “Need to Impeach” initiative. Now that the Senate has failed to hold the president accountable, how will Steyer’s leadership enable Democrats to retain control of the House, win Senate seats and governorships, and capture seats in state legislatures and local races? That’s just one of the questions that Steyer, one of a still large field of candidates seeking to represent the Democratic Party in this year’s election, will be asked during this informative exchange, broadcast LIVE from Las Vegas, Nevada. This article appears on BlackPress USA