There’s a chance Kendrick Sampson may not be your fav thanks to his Insecure character, Nate aka Ghost Bae, but there’s a lot to love about the actor and activist.

theGrio caught up with the budding actor to talk about how he’s coping with quarantine life,  and whether or not we will see him on the new season of the hit HBO show.

“I’m checking up on folks. I’m having conversations online. To be honest, I have not had a whole lot of time to sit and think about it because I have a non-profit that is social justice-oriented. As soon as this hit, our workload just increases,” Sampson said.

Swipe left for a few accounts to follow who are doing the work to fight for our collective liberation during this crisis (with a focus on the most vulnerable)! Also left out (because I could only do 10): @reclaiminghomes @nolympicsla @unitedwedream @haymarketbooks (if you want good purposeful reads that can help us deconstruct what is happening and organize ourselves for liberation and wellness). The ones I tagged are @cpdaction @moms4housing @texas_organizing_project @freethemall2020 @justicelanow @housingjustice4all and then @berniesanders @repjayapal @aoc are all hosting live talks, teach ins, discussions and lifting up good leaders and experts and movements. Also thepeoplesbailout.org – Some things to focus on organizing around to help us – #MedicareforAll, let’s #cancelrent #cancelmortgages get more money to help people who need it during this economic crisis (UBI), at least 2000 per adult and 1000 per child, fight for paid leave, demand free treatment and tests, demand Trump utilize the Defense Production Act to get Personal Protective Equipment to those medical professionals and cleaners and workers on the frontlines, and ventilators, free people from cages (jails, migrant detention centers, prisons), and make sure immigrants are included in the next stimulus packages, curb capitalism and demand that COVID relief be drafted through a lens of reparations, accounting for those who are most vulnerable and disproportionately affected by this crisis because of the oppressive history of this government. Some things to think about.

Acknowledging the recent data that shows how COVID-19 is hitting Black America especially hard, he continued, “We have to make sure that we stay inside and that we encourage each other to stay inside because of white supremacy and the history of oppression in this country, the wealth gap, all of those things.

Aside from adhering to CDC guidelines to protect from the novel coronavirus, Sampson said he’s been spending his days in quarantine worrying about the ramifications for Black people.

“It’s the fault of this government, that we are most vulnerable. I honestly believe that because of our generational trauma, because of the mental health aspects, things are going to be worse on us in everything,” he said. “We need to organize better than ever.” 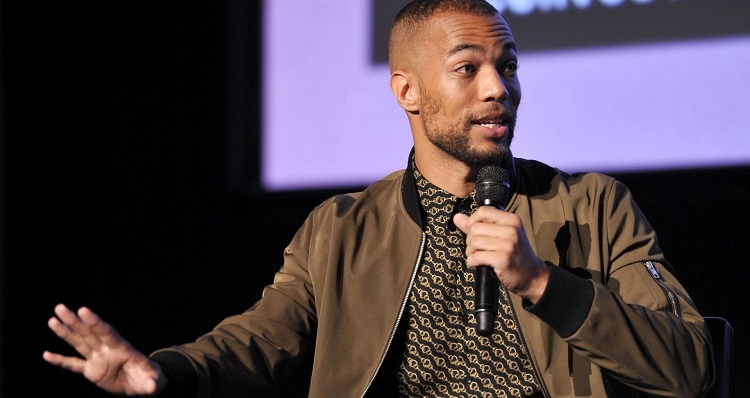 Aside from doing his part to help the Black community get through this crisis, Sampson seems to be enjoying his time at home in Los Angeles.

“I’m always traveling so this is the first time I’m really seeing my home since I moved in September. I’m usually here a few days a month, so I have no furniture. Now I’m trying to furnish the house in the time of corona and it’s not a fun thing,” he said.

The actor, who stars in Hallmark’s new flick, Fashionably Yours, revealed his quarantine snack go-to’s include peanut butter and watermelon. He can also do a little something in the kitchen.

{SWIPE LEFT} If you’re watching our movie #FashionablyYours on @hallmarkchannel this is a little BTS of one of the MANY moments that showed we were in alignment with our purpose, in the right place at the right time. We were filming at #PikePlaceMarket in #Seattle and the legend himself @raphael_saadiq walked through our shoot!! We freaked out like “What are you doing in Seattle!” Kat and I both know him separately and he was doing a show and actually scoring the new season of a show I was on once upon a time 😩 called @insecurehbo 🙌🏽 THEN, as if that’s not enough we realized in the scene we were walking by a book store called @leftbankbookscollective and in the front window was one of my biggest inspirations #AssataShakur (and #JamesBaldwin & #ToniMorrison etc) so we HAD to go in! The first book we saw was an author that we both know personally and dearly love @osopepatrisse who (with @docmellymel) actually were the first to put me on to the Assata chant “It is our duty to fight for our freedom, It is our duty to win. We must love and support one another. We have nothing to lose but our chains.” Through the #BlackLivesMatter movement for which @katgraham produced a short film! So we took a pic to send to Patrisse. If you haven’t read it – READ IT! It’s those types of moments that give me know doubt that there is a higher power and that They are telling me that I am where I’m purposed to be, doing what I’m purposed to do.

“I love cooking, I just don’t do it. I stopped in 2014 when I started traveling so much. I just don’t take the time,” Sampson shared. “I love restaurants. That’s probably the hardest thing about this is not being able to go to restaurants.”

Sampson’s latest project has him back alongside fellow Vampire Diaries alum, Kat Graham and back on a project directed by a woman of color.

“It’s a really fun project,” he continued. “This time I got to work with a director named Nimisha, who is a brown-skinned, Indian woman. I also got to work with Sheryl Lee Ralph who I have known for a long time.”

When it comes to season 4 of Insecure, fans will have to wait and see if #Ghostbae makes a return. According to Sampson, his character wasn’t all bad.

“From what I know about him and how he was struggling at the end of the season to communicate, I have a lot of family members like that,” he explained. “A lot of men in my family don’t know how to communicate. It seems like they were broadcasting that he had some mental health issues and that was important for me because we have a lot of generational trauma in our history.” 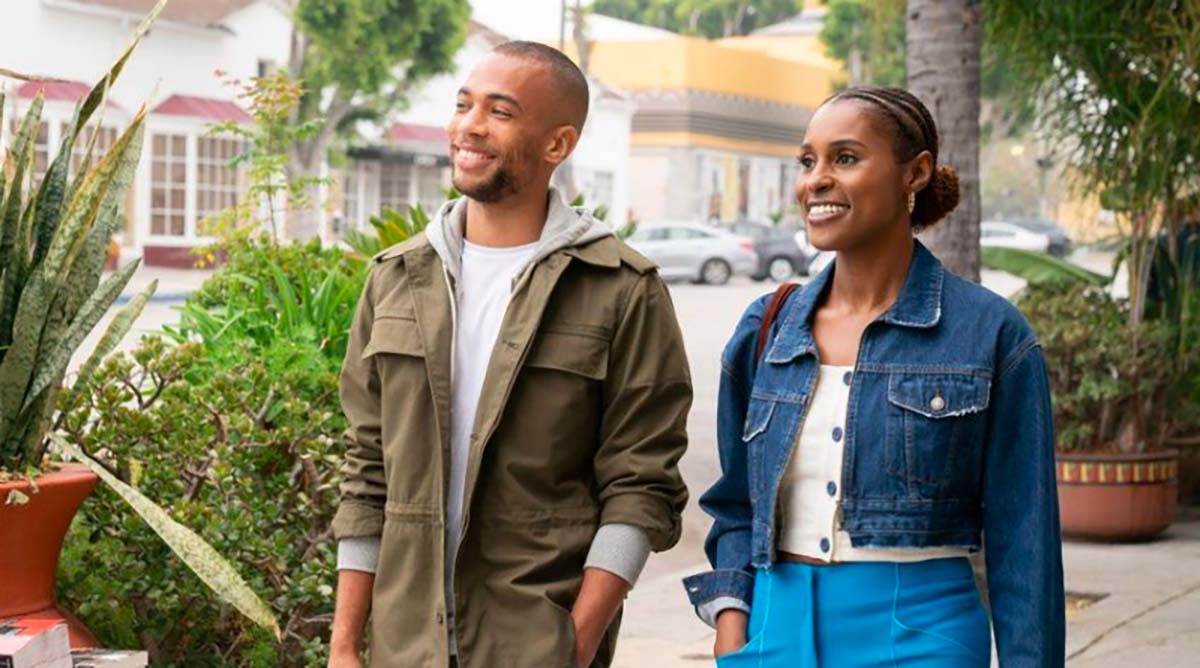 Sampson says working on and watching Insecure gave him some insight into the woman’s mind.

“I think the more you dig into women’s (especially Black women’s) psyche, the more clarity you get about yourself as well, but you also get more confused. You say things you are never gonna be able to say again,” he continued. “I’m not a woman and I never will be. I have to consistently teach myself and get to know women and understand that they’re all different and that I won’t ever know them.”

When asked if Nathan would make a return to the hit HBO series, Sampson didn’t offer a definitive answer.

Guess we’ll just have to wait and see.