Kanye compares himself to Kobe: ‘He was the basketball version of me’

MAGA pusher Kanye West has made his way to the Internet once again to questionable compare himself to a celebrated figure.

In a talk with GQ, West discussed his friendship with the late Kobe Bryant and basically said they’re one in the same. “He was the basketball version of me, and I was the rap version of him, and that’s facts!” he said. “We got the commercials that prove it. No one else can say this. We came up at the same time, together.”

West was referring to one Nike commercial that he starred in with the former Lakers player. Whether this warrants a comparison is debatable. West went on to say, “Now it’s like, yeah, I might have had a reputation for screaming about things—but I’m not taking any mess for an answer now. We’re about to build a paradigm shift for humanity. We ain’t playing with ’em. We bringing home the trophies.”

Throughout West’s full GQ interview, the 42-year-old rapper discussed his current projects, including the development of massive single-family and multifamily dome dwellings at his West Lake Ranch in Wyoming. They’re supposed to serve as a retreat-like center where guests can experience life inside the domes as well as performances from Kanye’s Sunday Service Choir. “We see 100,000 students singing these compositions,” West said. “A circular 100,000-person amphitheater.” 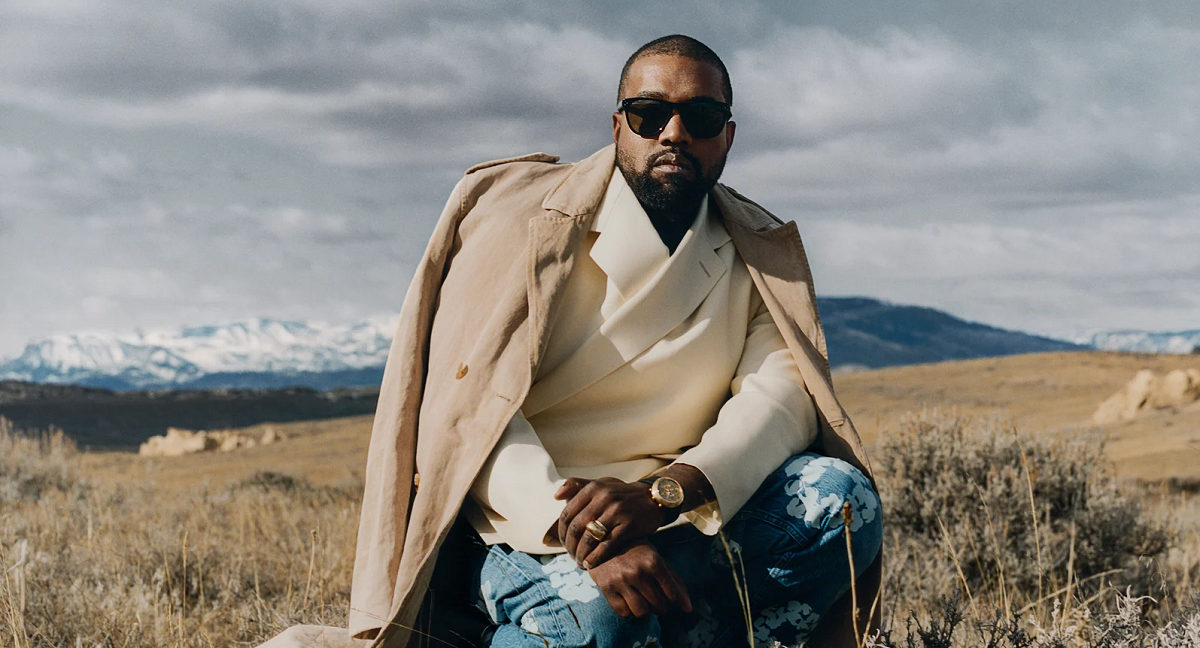 West also talked about voting and insinuated that he was voting for Donald Trump, considering his support for the current man in the White House and the sporting of his MAGA hats. “I’m definitely voting this time. And we know who I’m voting on,” he said. “I’m not going to be told by the people around me and the people that have their agenda that my career is going to be over. Because guess what: I’m still here! Jesus Is King was No. 1!”

West then referenced Hillary Clinton‘s 2016 presidential campaign, saying, “I was told my career would end if I wasn’t with her. What kind of campaign is that, anyway? That’s like if Obama’s campaign was ‘I’m with black.’ What’s the point of being a celebrity if you can’t have an opinion? Everybody make their own opinion! You know?”

West also had thoughts about the Black community, saying:

“Black people are controlled by emotions through the media. The media puts musicians, artists, celebrities, actors in a position to be the face of the race, that really don’t have any power and really are just working for white people. When it’s said like that, it’s kind of obvious, right? We emotionally connect to someone of our color on TV and feel that this person is speaking for us. So let me say this: I am the founder of a $4 billion organization, one of the most Google-searched brands on the planet, and I will not be told who I’m gonna vote on because of my color.”

If you can still digest West’s politics you can check out his full interview here.

The post Kanye compares himself to Kobe: ‘He was the basketball version of me’ appeared first on DefenderNetwork.com.