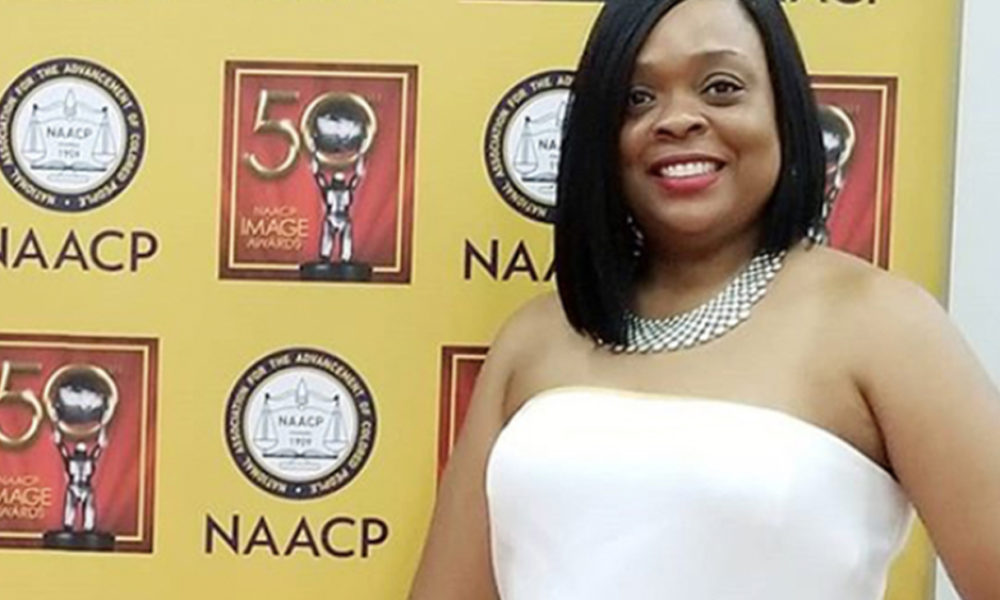 In my daily stroll through various media outlets, I came across a video of a young man named Craig Brooks. As I continued to scroll through social media, I found one meme after the other titled ‘It’s Above Me Now’. Mr. Brooks, an African American young man, who was on his job working at a hotel when a Caucasian woman called him n *gger while he was attempting to check her in for her stay at the hotel. I reviewed the video of Mr. Brooks several times and realized there were so many levels to what occurred. I commend Mr. Brooks on his ability to maintain his composure in such a stressful situation. I can only imagine how he felt as he appeared to only be trying to do his job and carry out his job-related responsibilities. He didn’t yell, he didn’t scream, he didn’t become violent or argumentative, he didn’t even curse or raise his voice. He simply repeated to her, ‘it’s above me now’ and offered her the option of choosing the Best Western next door for her stay. Okay I laughed when he offered the Best Western, I admit it. But on a more serious not, the level of stress and the ability to restrain from lashing out in this type of scenario is perhaps unimaginable to many. I can only envision myself in that situation, blood pressure elevated, palms sweating, perhaps even biting my tongue and saying a silent prayer, in order to keep the peace and to keep my job. So, I ask, if you were in this scenario, what would you have done?

We can only speculate what Mr. Brooks meant when he said repeatedly ‘It’s above me now’. I presume he meant either that if she had an issue or complaint, she needed to address it with a supervisor OR he had simply ‘released’ her negativity and racist remarks to a higher being. How we handle stress is imperative to our overall health and well-being. As an African American woman, I’ve encountered many challenges in my life. I’ve experienced so many situations that were blatantly discriminatory and many that were subtle. In each situation, I can’t say I was as composed as Mr. Brooks. I’ve learned, and continue to learn, how to deal with stress daily.

Because of societal pressure to ‘fit in’, coupled with work, family, financial responsibilities we are all dealing with some form of stress. Did you know that seventy-five percent to 90% of all doctor’s office visits are for stress-related ailments and complaints? The reality is, stress can play a part in problems such as headaches, high blood pressure, heart problems, diabetes, skin conditions, asthma, arthritis, depression, and anxiety. Research indicates that emotional stress is a major contributing factor to the six leading causes of death in the United States: cancer, coronary heart disease, accidental injuries, respiratory disorders, cirrhosis of the liver and suicide. ALARMING to say the least.

In a society in which everything we say and do is scrutinized, it can often be difficult to ‘release’ and let go of those things that are out of our control. It is often difficult to remain calm in stressful situations and to find work-life balance. Through prayer, meditation, supportive family and friends as well as travel and participation in social activities I’ve learned to manage my stress. Perhaps Mr. Brooks has learned to successfully manage stress and his ability release and deflect the negative energy that she attempted to place upon him is by far, one that we can all learn a lesson from. As a Mental Health Advocate, I encourage others to advocate for their overall well-being. Learn to say ‘no’, to walk away and to be intentional about you, your well-being and the well-being of those you love. Let’s all learn to release and let go – it’s okay to hold your head high and say, ‘It’s Above Me Now’ and walk away!!

It’s Above Me is a statement said by hotel reservationist Craig L. Brooks Jr. in a Twitterviral video in which he confronts the woman who called him a n*gger over the phone by politely refusing her service.

This article originally appeared in The Florida Star.