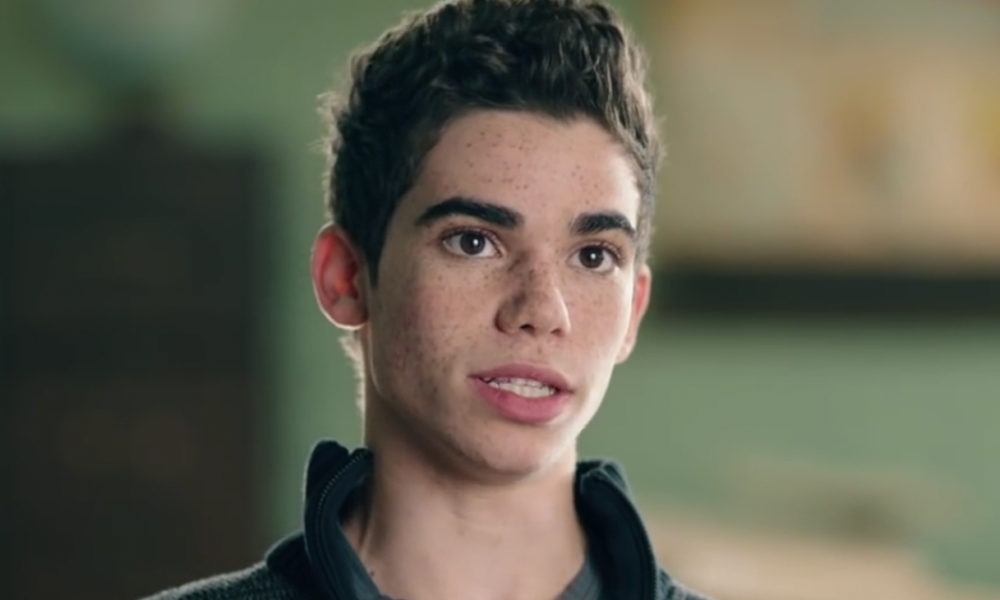 The world is mourning the loss of Disneystar Cameron Boyce who passed away Saturday due to an ongoing medical condition. Boyce, 20, who starred in Disney’s Descendantsfranchise, was found unresponsive at his home and could not be revived by paramedics.

Boyce grew up in front of the camera making his big screen debut in the 2009 horror film Mirrors. He rose to fame as the character of Luke Ross on Disney’s tv show “Jessie.” His “Jessie” co-star Skai Jackson remembered him on Twitter. She wrote:

“I don’t even know where to start… I am at a loss for words. I never thought in a million years I would be writing this. Cam, you were one of a kind. My heart will be forever broken. I am so happy that I got to spend almost every day with you on set, you gave the best hugs. I wish I would have hugged you tighter when I saw you a couple of months ago. Thank you so much for being the big brother I never had… I am so distraught, and I cannot stop crying! I love you so much… fly high. Gods best Angel.”

“I’m at a loss for words…My heart will be forever broken…Thank you so much for being the big brother I never had. I am so distraught and cannot stop crying. I love you so much. Fly high, God’s best angel.” – Skai Jackson https://t.co/geBWLsRQbq pic.twitter.com/UWasm13rV4

While Boyce is widely known for his work on television, he also worked alongside Adam Sandler in Grown Ups 1and Grown Ups 2. The usually upbeat actor tweeted his despair over the loss of Boyce who was beloved in the entertainment world. Sandler tweeted, “Too young. Too sweet. Too funny. Just the nicest, most talented, and most decent kid around,” Sandler wrote on Twitter. “Loved that kid. Cared so much about his family. Cared so much about the world. Thank you, Cameron, for all you gave to us. So much more was on the way. All our hearts are broken. Thinking of your amazing family and sending our deepest condolences.”

Boyce’s family was featured in his 2016 Black History Month tribute to his grandmother Jo Ann Boyce who was part of the Clinton 12. As part of Disney XD’s short film series Be Inspired. The proud grandchild showcased his grandmother who integrated schools in Clinton, Mississippi in 1956, one year before the famed Little Rock 9and just two years after the landmark Brown vs. The Board of Education of Topeka, KSdecision desegregating schools in America.

In the short film, Cameron, his sister and their parents travel to the Green McAdoo Cultural Centerwhich features sculptures of his grandmother and the other 11 students who changed history in the United States. Cameron affectionately refers to her as his “Nana” throughout the short film and proclaims that she is his hero.

Boyce, who starred as Conor in Disney’s“Gamers Guide to Pretty Much Everything” for two seasons, had been working on a number of projects including the film Paradise Cityand HBO’s “Mrs. Fletcher,” when he died. Boyce’s family says he died of a seizure due to an ongoing, undisclosed medical condition.

“The Walt Disney Company mourns the loss of Cameron Boyce who was a friend to so many of us, and filled with so much talent, heart and life, and far too young to die,” Iger wrote. “Our prayers go out to his family and his friends.”

Nsenga K. Burton, Ph.D. is culture and entertainment editor for NNPA/Black Press USA. She is also founder & editor-in-chief of The Burton Wire, an award-winning news blog covering the African Diaspora. Follow her on Twitter@Ntellectual.