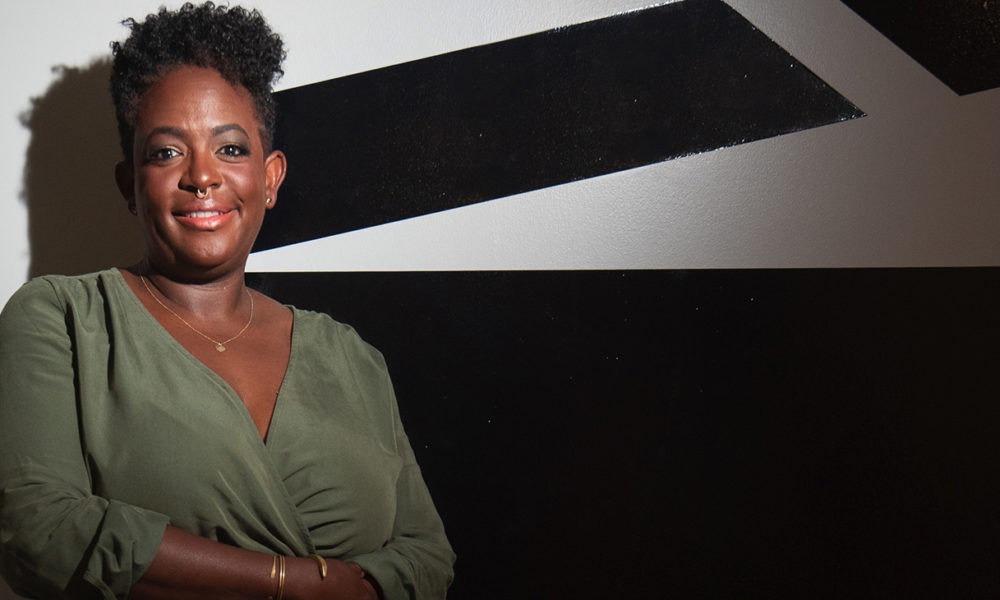 Jamey Hatley is from Walker Homes and while debates still rage over whether that’s in Whitehaven or Westwood, there is no question that Hatley’s writing career is on an upward trajectory.

Hatley is the recipient of the inaugural Indie Memphis Black Filmmaker Fellowship in Screenwriting. Funded by Barry Jenkins (“Moonlight” and “If Beale Street Could Talk”), the two-month fellowship comes with a $7,500 unrestricted cash grant to help Hatley develop her screenplay, “The Eureka Hotel.”

Jenkins also handpicked Raven Jackson, another native of Tennessee, as the winner of the Indie Memphis national Black Filmmaker Residency for Screenwriting. The two-month residency, including travel and housing, affords Jackson, a thesis student in New York University’s Graduate Film program, $7,500. Her feature film product is “all dirt roads taste of salt.”

“As an artist, I’ve always admired Memphis and what it’s meant to black artistry across many forms and genres,” said Jenkins. “To partner with Indie Memphis in supporting Jamey Hatley and Raven Jackson in taking the next steps in their quest to creatively engage and contribute to the diaspora is an honor most high.

“In their work, I find resounding proof that Memphis both raises talent from within (Hatley, a native Memphian) and inspires it from abroad (Jackson).”

A Whitehaven High School alum, Hatley had definite plans – attend the University of Tennessee-Knoxville and become a corporate executive – the day she walked off the graduation stage.

What happened? So many things, she said, including an internship that contributed to her rethinking her plans. Later, she got a journalism degree from the University of Memphis and at one point got mixed up in the music industry via a connection.

“…(W)ords and books were so important to me that I could not imagine myself being a writer. I tiptoed up to it,” she said. “I was doing everything to run away from these stories, but I was still scribbling. The stories ended up catching up with me.”

Screenwriting came into the picture by email and out of the blue last September.

“At that time, I had no job. My literal organization had gotten defunded, it had fallen apart. It was like, ‘Oh, this fancy director considers you an ideal collaborator. Would you do it?’ I’m like, ‘I like to eat, I like to pay my rent, so OK.’”

That project, which is for a major network, still is in development. The experience opened the door to the Writer’s Guild and primed her for the Indie Memphis Black Filmmaker Fellowship in Screenwriting opportunity.

“I think one of my superpowers is knowing, ‘Oh, here’s your door. Are you going to walk through it?’ If it’s a door and I feel like it’s mine, then I’m going to run through it and I’ll figure it out on the other side.”

That the fellowship was being funded by Jenkins was a huge attraction. She’d met him at an event in New Orleans (where she was living at the time) and had summoned the resolve to share with him her first – and then recently published in the Oxford American – short story.

Content to “just watch Barry’s beautiful movies for the rest of my life,” she learned on Twitter that she had won the fellowship and the opportunity to learn more directly from him.

“I still can’t believe it,” she said.

Hatley entered a treatment into the fellowship, eager for the resources and support to create a finished version of her screenplay, “The Eureka Hotel.”

The Eureka Hotel was a real place in Memphis. Hatley became aware of it while researching for her novel, learning that it had operated out of a Victorian-styled home that she had stared at so many times while visiting a friend’s Downtown Memphis art gallery.

“The Eureka Hotel,” Hatley says, is “a journey story because the Eureka was a colored hotel. … Their tagline was ‘Always open.’”

A short film based on the screenplay now is in post-production.

“It’s beautiful. Absolutely beautiful,” says Hatley, who must deliver a script for a feature-length film to Jenkins.

She also has “a few things else that are secret that are working in the background that happen to be scripts.

“But I’m also going to finish my novel, because I’m still a novelist….”

The novel is about Memphis.

“Everything I write is about Memphis, and it’s about Walker Homes. It’s called the ‘Dream Singers.’ It takes place in the wake of the King assassination, and there is a woman … I call her a dream singer. …She has babies, twins. One is born at the moment that King is assassinated. One is born at the moment that he dies, and all the hopes and dreams of this community, that’s based on Walker Homes, reside in these babies. In three months, four months, later in July, one of the babies passes away. That stymies the community. …

“I feel like Memphis feels a debt about King dying here that we’ve never fully acknowledged. …To me, dreams are debt. Anybody’s dream, somebody else pays for it. …It’s really exploring who gets the dream and who pays the price for that.”

America, she says, has never been honest with itself, regarding the root-level issues that existed before Dr. King – issues that brought him to Memphis and ultimately led to his assassination.

“I think art gives us an opportunity to at least explore being honest in a way that’s not comfortable, but more successful.”