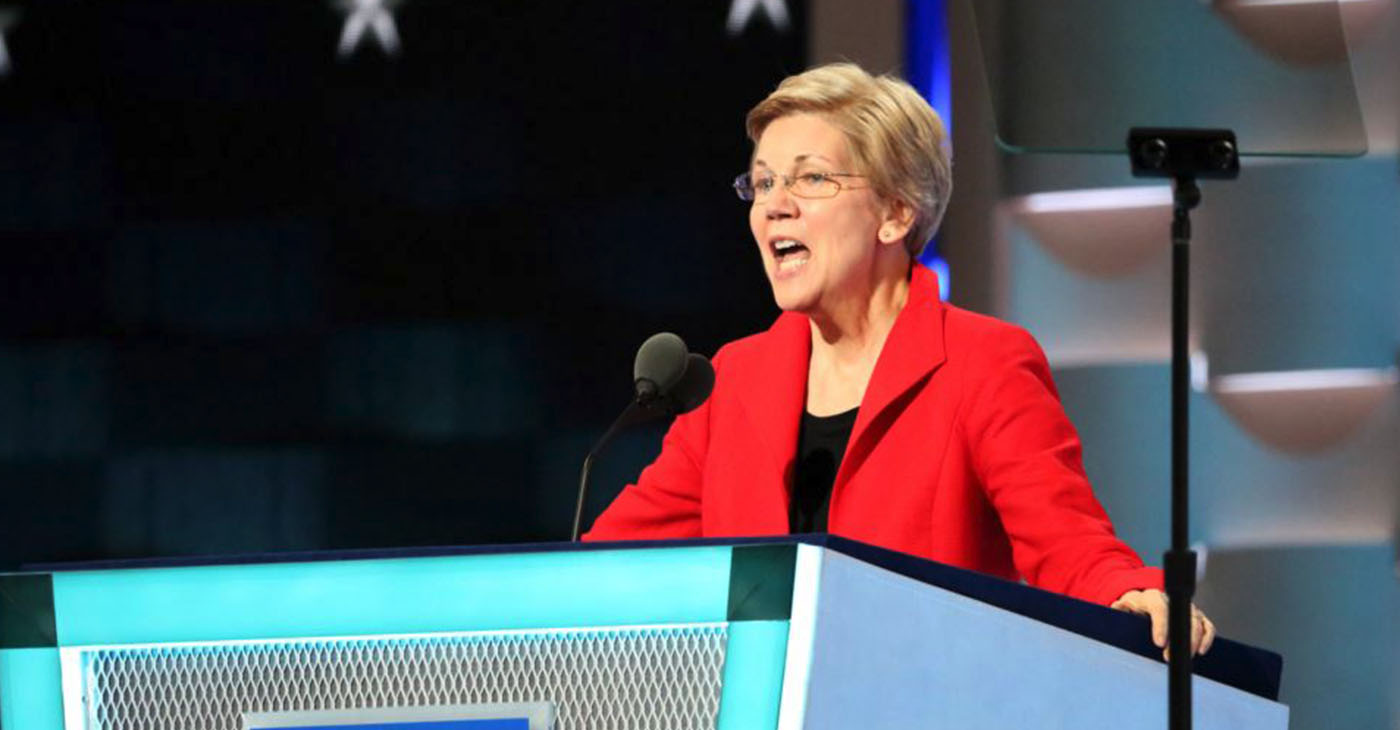 Presidential hopeful and Sen. Elizabeth Warren (D-Mass.) have released a plan aimed at closing the wage gap affecting black and brown women, part of a broader focus on income inequality as she and other Democratic candidates vie for the support of minority voters.

Warren wrote in a post on Medium that she would issue several executive actions to boost wages for women of color and open up pathways for them to become leaders in the federal workforce. She said she would implement her “Equal Opportunity Executive Order” on her first day as president. REAL LIFE. REAL NEWS. REAL VOICES .Help us tell more of the stories that matter from voices that too often remain unheard. Become a founding member

“It’s time to build an America that recognizes the role that women of color play in their families and in the economy, that fairly values their work, and that delivers equal opportunity for everyone,” Warren wrote.

The senator said she would issue an executive order that would deny federal contracting opportunities to companies with poor track records on diversity and equal pay. She also vowed to enforce a $15 minimum wage and a benefits requirement for employees of all federal contractors. Benefits would include paid family leave, fair scheduling and collective bargaining rights.

In addition, Warren said she would seek to prevent discrimination by banning federal contractors from asking applicants for their past salary information and criminal histories. Women of color may miss out on employment opportunities more often than white women because they are incarcerated at much higher rates. A June report by the Sentencing Project, an incarceration research and reform organization, found that Hispanic women are imprisoned at 1.3 times the rate of white women and that black women are twice as likely to be imprisoned as white women.

Warren said she would also work to diversify the leadership of the federal workforce through direct recruitment at minority-serving colleges and universities, by establishing a paid fellowship program for minority and low-income applicants and by starting a government-wide mentorship program for black and brown employees.

Warren vowed that under her administration, the Equal Employment Opportunity Commission, which enforces civil rights laws against workplace discrimination, would more closely monitor discriminatory practices in low-wage industries and bring in “top talent” to deal with claims. The commission would issue “first-of-its-kind guidance” on enforcing claims involving the intersectional discrimination that women of color face when racism and sexism intertwine, Warren wrote.

The presidential hopeful acknowledged that the data she cited does not cover everyone’s experiences because it also assumes a gender binary.

Racial and gender inequality is partly why she’s running for president, Warren said. It is “wrong” and “fundamentally un-American” that black women are repeatedly at a disadvantage, she wrote in her second op-ed for Essence magazine on Friday. The first op-ed focused on her plan to reduce black maternal mortality rates in the U.S.

After making these promises online, Warren is pitching them in person. This weekend, she will propose her plan at the Essence Festival, a celebration of African American music and culture that started to commemorate Essence magazine.

This article originally appeared in the Defender News Network.

Release The Pressure: A Special...