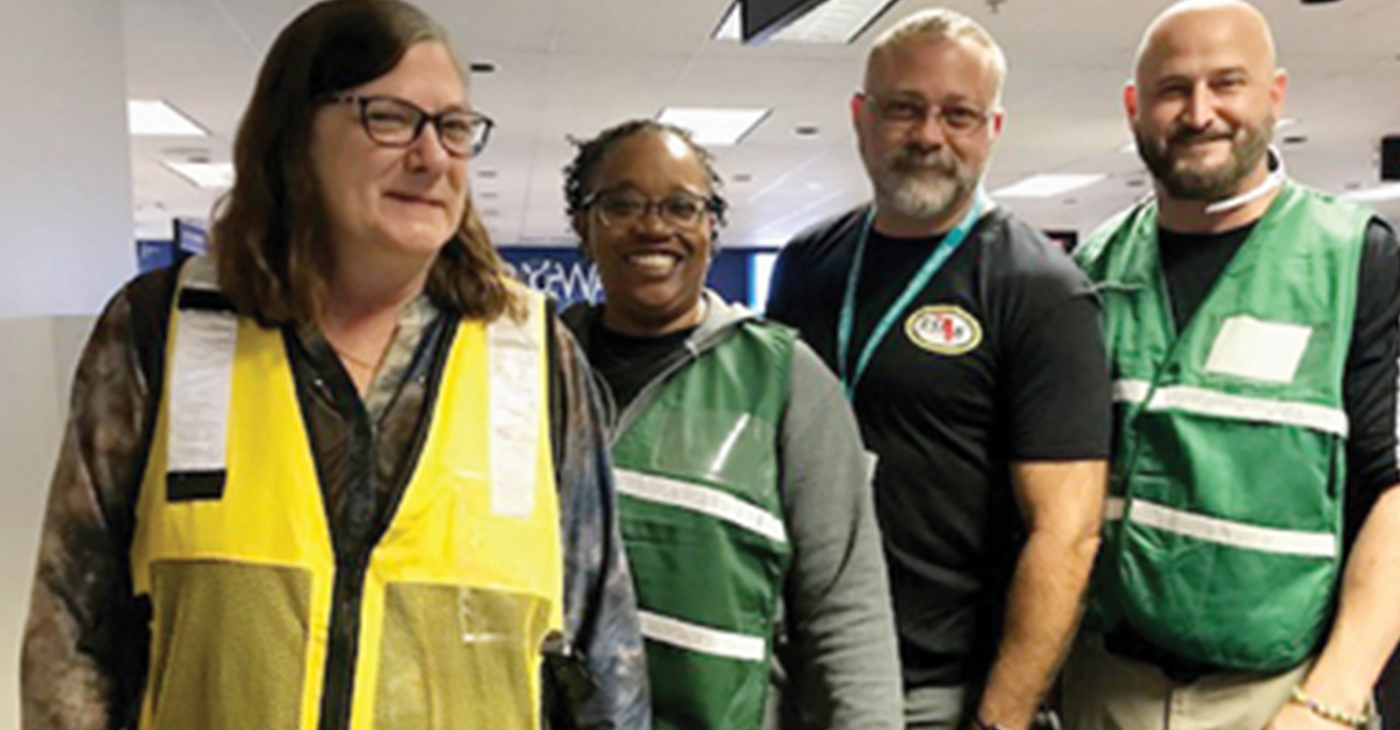 The May 9th hurricane exercise centered around the fictitious “Hurricane Smith,” a made-up storm that made landfall as a Category 3 hurricane in Tampa Bay on May 6th.  Under the exercise narrative, Broward’s Emergency Operations Center (EOC) was activated at 8 a.m. on May 9th due to heavy rain and high winds that caused widespread flooding and damage to the South Florida region.

The storm spawned several tornadoes, caused a breach in the dike surrounding Lake Okeechobee, and required the opening of several shelters. Emergency responders, which also include the Florida Department of Health (DOH), had to figure out what to do, when to do it and how to get it done.

Did you know the DOH is responsible for medical management and staffing the county’s special needs shelters and coordinating the delivery of medical care in an emergency? During an emergency, the DOH works side by side with first responders like police, fire rescue and hospitals to coordinate resources such as ambulances, hospital beds and other medical resources and services.

Although every scenario associated with the mock “Hurricane Smith” was fictitious, the focus and intensity of the exercise at the EOC was not: More than 200 emergency responders had to think on their feet during the four-hour drill that included an unplanned computer glitch that affected the ability to transmit electronic messages and forced employees from 25 agencies to revert to the use of paper messages and talk face-to-face to arrange services and find solutions to help people in need.

“We are health and medical and so anytime there is an incident in the county that could overburden the healthcare system, we get involved,” explained Terri Sudden, Director of Public Health Preparedness for the DOH in Broward County. “If there were a train with multiple injuries, a plane crash or bad accident on I-95 with numerous fatalities, we would respond.”

According to the Federal Emergency Management Agency, Emergency Support Function #8 (Public Health and Medical Services) co-ordinates health and medical services in response to a disaster, emergency, or incident that may lead to a public health, medical, behavioral, or human service emergency.

Exercises like the Hurricane Smith scenario provide an opportunity for emergency responders to practice what they know and learn to ask when they don’t know the answer so they can be prepared when a real event occurs, Sudden said.

“Our job is to exercise those plans and make sure they work and tweak them so they work better,” Sudden noted. “It’s a training exercise to test how resourceful someone can be. You basically do whatever you need to do to be responsive to whatever the need is. It’s also about relationships so you get to know the people at other tables. It gives familiarity as to where everybody is located at the EOC.”

Tracy Jackson, Director of Broward County’s Emergency Management Division, said the hurricane exercise allowed participants to practice their responses and then evaluate them with no adverse consequences.

“We get the opportunity without the stress of a real incident to practice the skills we need,” Jackson said at the end of the exercise. “It gives us the chance to troubleshoot things that work and things that don’t work as well. It also gives us a chance to get input from our partners.”

Jackson opened the exercise by emphasizing the importance of teamwork.

“We can’t over-emphasize how important it is for us to be unified,” Jackson said. “More than 1.9 million people outside this room are depending on the decisions you are going to make.”

Jackson told participants they would have to make decisions even though they might not have enough information and warned there would be no guarantee of success. He urged them to soldier on.

“Our confidence is high in you and in us,” Jackson said.

Participants from across the county sat in chairs at long tables equipped with phones and computers. Drill monitors walked the room, wearing vests that bore names like “evaluator” (they record how projects were accomplished) and “controller” (they provided “injects” or scenarios for the exercise and made sure it maintained its pace).

Participants were instructed to do their best to resolve whatever problems they were given. They made phone-calls, consulted with representatives from other cities and agencies and figured out solutions for complicated problems.

DOH employee James Turchetta, Cities Readiness Coordinator, served as a controller during the exercise and kept his team busy with an array of jarring incidents. His team members were resourceful and determined. They found answers.

“We are happy with the information we gained, the observations we made and the opportunity to improve,” Jackson said.

For more information about how you can be better prepared for emergencies, visit:  http://broward.floridahealth.gov/programs-and-services/emergency-preparedness-and-response/personal-and-family-preparedness/index.html

This article originally appeared in The Westside Gazette.