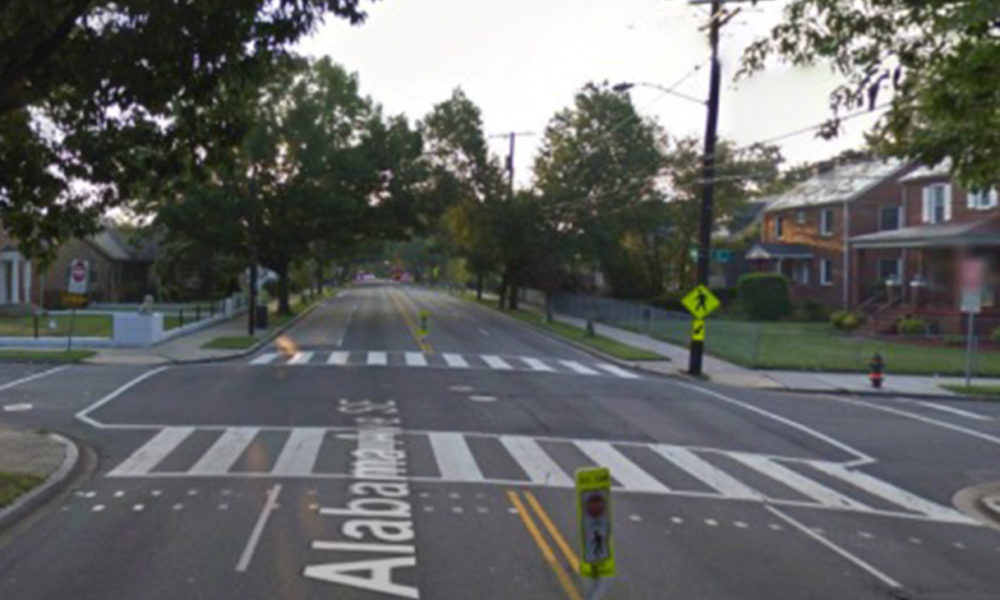 A meeting scheduled for next month between the District Department of Transportation (DDOT) and those living along a stretch of Alabama Avenue in Southeast could potentially actualize what some residents said they’ve long yearned: a direct say in traffic safety measures in their neighborhood.

For some, newly installed bike lanes between the 1800 and 2000 blocks of Alabama Avenue don’t reflect the needs of elderly residents who, despite losing their vehicles in hit-and-runs, have enjoyed the benefits of parking just feet from, and sometimes in front of, their home.

Several people, including an elderly woman with limited mobility who requested anonymity, said adjusting to the change has been a constant struggle.

“I don’t see what kind of safety the bike lane is making. DDOT made things more dangerous,” said the elder, a 32-year resident of the 1900 block of Alabama Avenue. She recalled enduring minor inconveniences to avoid parking on side streets, like carpooling and sharing a parking space with a neighbor who works during the night.

“I go to choir rehearsal and come right back,” she said.

The woman stressed that she and her neighbors never received notification that their portion of Alabama Avenue, near Giant and Turner Elementary School, would eventually change.

“At this point, DDOT needs to remove those bike lanes,” she said. “If we had known about it, maybe we could have fought it.”

A DDOT spokesperson described the newly installed bike lanes as part of a larger safety improvement project intended to slow traffic along a four-mile stretch of Alabama Avenue frequented by schoolchildren. Future additions, said to have been discussed during community meetings, in emails and in flyers over the past two years, include highly visible crosswalk markings, pedestrian refuge islands and enhanced stop and speed limit signs.

ANC Commissioner Cheryl Moore (SMD 8E02) and other residents living between the 1800 and 2000 block of Alabama Avenue have rebuffed DDOT’s assertion that they had widely notified affected parties about the impending changes. Moore, elected in January, recounted recent conversations with her predecessor, and between DDOT officials and residents about the communication lapses. Since mid-May, when they first walked outside to construction signs and workers in neon vests, some residents have racked up hundreds of dollars in parking tickets.

Councilmember Trayon White (D-Ward 8) has been outspoken about the ongoing situation, addressing a June 13 community meeting at Bellevue William O. Lockridge Library and engaging DDOT Director Jeff Marootian on other occasions regarding the issue.

“I’m concerned about our senior citizens not being able to get inside their homes,” White told The Informer. “DDOT has been very disrespectful in ignoring the community. I want action to come out of the meeting because the residents are fed up. I’m trying to figure out how bike lanes equate to safety. We expected to see speed bumps and stop signs.”

Data from the Brookings Institution’s Metropolitan Policy Program shows that communities located east of the Anacostia River — often with a lower concentration of Metro stations over several miles, more children and people walking longer distances, and wider streets — experienced the highest rate of pedestrian fatalities. Since 2013, five people — four pedestrians and a motorist — have died in crashes along Alabama Avenue. Recent fatalities elsewhere, specifically that of Abdul Seck on 16th and V streets Southeast in April, have shed light on the issue of pedestrian safety in Ward 8.

In response to Seck’s death, and out of frustration with what he considered DDOT’s insufficient safety upgrades to that area, lifelong Southeast resident Ronald Thompson Jr. and a friend painted highly visible crosswalks at the intersection of 16th and V streets in early May.

Thompson, a community safety advocate, recalled attending one of DDOT’s community engagement meetings at THEARC later that month. He said DDOT, just as they had done in endeavoring to improve 16th and V streets, dropped the ball in unveiling a plan for Alabama Avenue that didn’t reflect pressing community needs, including safe modes of public transportation and fewer lanes.

That error, for Thompson, made residents skeptical about embracing opportunities for positive change.

Thompson predicted the upcoming meeting would further determine how residents of Ward 8 see their relationship with the local power structure, in an era where bike lanes signify displacement.

“For a variety of reasons, DDOT has been forced to reengage stakeholders who have the ability to put pressure on folks and shake some things up,” he said. “I’m not always a fan of DDOT, but I want to see safe streets in my community. If DDOT doesn’t reengage, it makes it hard for me to defend them to my neighbors. The same way that we went out and painted a crosswalk, someone could scrub a bike lane.”

This article originally appeared in the Washington Informer.