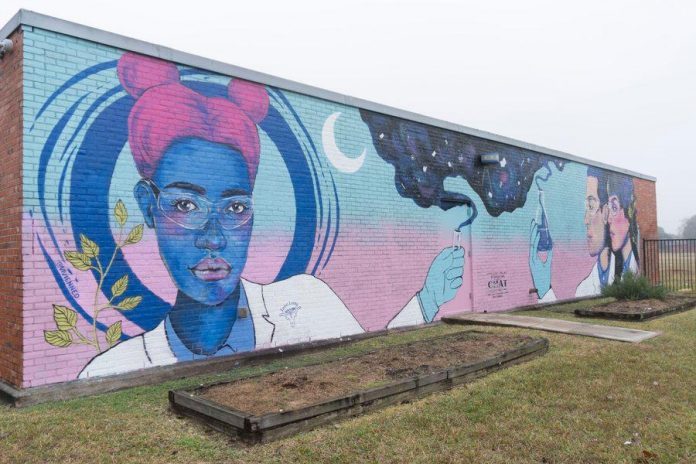 The City of Houston’s Complete Communities Program wants to make a difference in underserved neighborhoods.

The initiative is designed to empower traditionally under-resourced communities so they have access to the same resources and amenities as any other areas. The vision is for residents from targeted areas to create and implement their own plans for healthier neighborhoods, supported by partnerships with banks, endowments and other private entities.

“Complete Communities is one of the top priorities of my administration,” said Turner. “For too long, certain neighborhoods in Houston have been under-resourced and underserved.When I became mayor, I said I did not want to be the mayor of the haves and have nots. Houston must have thriving neighborhoods citywide for us to reach our full potential.”

Critics say the projects outlined by the five pilot area are merely things the city should have already been addressing.Others suggest funds for projects will stretch scarce community development dollars even thinner.

Supportersof the initiative, however, say the program seeks to put an end to telling Black and Brown children that quality businesses, schools and experiences only exist outside their neighborhoods.

“Complete Communities is about improving neighborhoods so that all of Houston’s residents and business owners can have access to quality services and amenities like grocery stores, parks, affordable houses and job,” Turner said. “We are investing in historically underserved neighborhoods while reducing the risk of gentrification.

“It’s about working closely with the residents of communities that haven’t reached their full potential, understanding their strengths and opportunities, and collaborating with partners across the city to strengthen them. While working to improve these communities, we must also work to ensure existing residents can stay in homes that remain affordable,” added Turner.

Dr. Assata Richards, director of the Sankofa Research Institute and active participant in Complete Communities initiatives in her native Third Ward, views the program as an effective empowerment tool.

“For me, I would grade the opportunity to broaden engagement as an A-plus for Third Ward community to mobilize itself and set its own priorities,” she said.

Richards contends criticism of the program is misguided.

“Some mistake the program as something the city is doing for them. But it’s not the mayor’s neighborhood or some city department’s action plan, it’s our action plan and our neighborhood and our responsibility to hold to the priorities of our community.”

Richards feels that one full year in operation is not enough time to assess Complete Communities because the goals are not short-term. She adds that systems, structures and policies have been in place for decades that have led to the decline of certain neighborhoods, hence, one year is an unfair measuring point.

“This is a long-term program,” he said. “These 10 neighborhoods have been underserved for decades.”

Richards and company have been busy. The Third Ward plan has produced development projects, multiple murals, a consistent community clean-up program, the Third Ward Proud Citizen on Patrol and a consistent system of accountability to keep everyone on task.

“We’re starting new businesses because that’s what our action plan called for. The Third Ward Cooperative Community Builders for example, is a worker-owned construction company that came straight out of our action plan,” Richards said.

The other four pilot communities have been busy, as well, working their own community-generated action plans.

“Art is a component of CHAT, and we believe that the murals can change the community quicker than other services,” said CHAT founder Aisha Siddiqui.

Additionally, Turner and Together for Safer Roads launched Phase 1 of a Houston Safer Streets program in the Gulfton seeking to make the city’s streets and roads safe for pedestrians, bus riders, bicyclists, drivers, wheelchair users and others with input directly from Gulfton’s community action plan.

Additionally, with money received from the United Arab Emirates’ $6.5 million gift to Houston’s Complete Communities, the Flores Neighborhood Library, closed since being damaged by the Hurricane Harvey flood, received $800,000 to re-build and re-open.

The Avenue Center, a future community hub featuring a combination of Avenue CDC’s programs and services from partner organizations, enjoyed multi-level funding support, including $1 million from the BBVA Compass Foundation for Avenue Center to house the future BBVA Compass Center for Financial Education. Additionally, the City of Houston awarded $3.4 million in project funding for the Center, while the United Arab Emirate gave approximately $2.6 million to support Hurricane Harvey recovery efforts. Avenue Center is expected to open in early 2020.

The Economy and Jobs A-Team welcomed to the neighborhood Workforce Solutions, a public workforce system that provides job placement and career counseling, as they opened their newest location in northwest Houston. It will serve Acres Homes, Greater Inwood, Central Northwest and other area neighborhoods.

In an attempt to give young people something to say yes to, the Young Adults Building Communities (Y-ABC) project in Acres Home launched a free program designed to empower young people, 18-30 years of age, through training and experimental learning, to become a voice for positive changes in their community.

Other projects in the five pilot communities include street and sidewalk improvements, building affordable single-family and rental housing, partnering with local groups to enroll youth in summer jobs and internships, STEM programming, digital literacy workshops coordinated by Microsoft, and more, including an initiative backed by Well sFargo to the tune of $6.1 million to provide down payment assistance grants and “homebuyer education” through local nonprofits.