COMMENTARY: When they take our Black boys 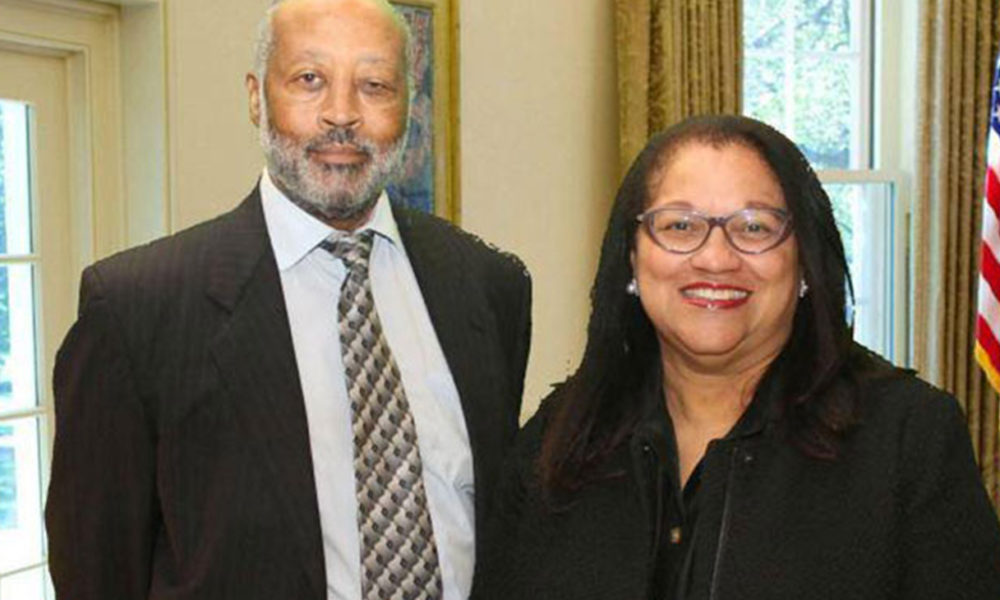 Growing up in America can be a very risky business for Black males. Too many—perhaps a majority—of young Black males get mentally “scarred” from a court system that targets them for eternal struggle. It’s called the United States Penal System. It can be a very evil system designed to target Blacks and keep them under control. Why? Perhaps it is a method of keeping economic control of a population. People with criminal records normally cannot find economic success in our society. A criminal record equates to designed failure and poverty.

As we evolve America has been improving in how it treats its minority population. President Trump has taken a leadership position in Penal Reform. This is a very big “game changer” in the social arena of our culture. We should embrace it and allow it to flourish and succeed. A prosecution process that leads to no cure or rehabilitation is perpetual hell for offenders. They are doomed to fail at rehabilitation and become “lost” in a societal “wilderness.”

A great book about this is written by Dr. Jawanza Kunjufu and is entitled “Countering the Conspiracy to Destroy Black Boys.” We highly recommend this book for all parents. It is important for Black parents to be alert to the fact that one of the components of early Black slavery was to break up the family unit. The system did this by attacking the male component of any Black family or group. The effects of this multi-century old practice still linger on in American society. In fact, not just America but wherever people of color live in a society that is majority White—Brazil, Columbia, Puerto Rico, England, Italy, wherever. Times are improving. We are getting closer to justice but still have a long way to go.

One of the best things Harry’s mother, Christine Brown Alford, ever did for him was to have him feel the evilness of segregation. She would send him to Jim Crow Louisiana to spend summer with his relatives. She wanted him to know his “roots” and to be able to compare the opportunities afforded by integration versus the “roadblocks erected in the name of segregation. They were two of the best summers a young Black boy could have. My cousins and friends were genuine people with good hearts. Despite the segregated facilities and “evil White people” who despised the appearance of us within their environment, life was good. We just had to stay away from “them”. The friendships that were made were meant to last a normal lifetime. Unbeknownst to us, many of us would not live a normal lifetime. The summers of skinny dipping, jug fishing, snake hunting, horseback riding, etc. are fond memories now—never to return.

Decades later, his parents retired and left California to return to lovely rural Bossier Parish, Louisiana. During one visit Harry sat with his cousin and asked for an update on what the “fellas” were now doing. “How is John Roy”, he asked. His reply: “He stole a car and got into a car chase with the state police. He ran the car into a tree and was killed.” Next question: “What is ‘Po (Napoleon) doing?” His reply: “Po got into a fight in a Ft. Worth bar and was shot dead.” Next question: “What about Linnell?” His reply: “Linnell tried to rob a drug store and was shot dead by the police.” One more time: “we hear Webster (world class sprinter for Southern University) was now with the Los Angeles Police Department.” His reply: “You heard about that Ramparts dirty cops’ scandal?” “Well, Webster was caught up in it. He is now sitting in the wrong side of a police cell.”

It went on and on. Ninety percent of Harry’s male Southern childhood friends had ill-fated futures waiting for them. That racist, Jim Crow society was there to catch them. It seems the big difference between them and Harry was a father looking over him demanding discipline. Without a loving father, a Black male has a slim chance for success. Without a loving male figure, a Black boy is prey for a system that is designed to catch him and scar him for life. It is a matter of economic domination. According to the Census Bureau, “The percentage of White children under 18 who live with both parents almost doubles that of Black children, according to the data. While 74.3 percent of all White children below the age of 18 live with both parents, only 38.7 percent of Black minors can say the same. A father’s absence leads to anti-social behavior.

As an example, the state of California has built more prisons in the last 30 years than colleges. Those prisons are predominantly filled with Blacks and Hispanics. It doesn’t take “rocket science” to figure this game out. Success is so hard to attain without a strong family unit. Don’t let them take your Black boys.