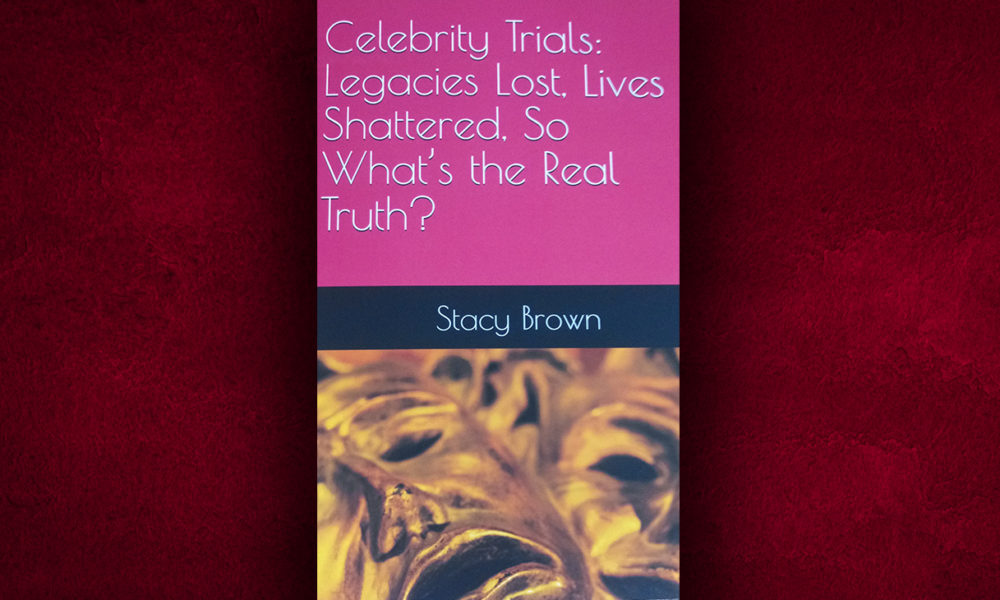 When National Newspaper Publishers Association President and CEO Dr. Benjamin F. Chavis, Jr., assigned me to cover the Bill Cosby criminal trial in 2017, I didn’t think it would be as taxing as the experience of covering Michael Jackson’s trial in 2005 and the infamous O.J. Simpson civil trial a decade prior to that. I was wrong.

The three trials are the subject of my new book, “Celebrity Trials: Legacies Lost, Lives Shattered. What’s the Real Truth?”

The book is available in Kindle and paperback on Amazon.com.

As for the Bill Cosby trial, I initially thought I would get the cold shoulder from Cosby, whom I had famously (or infamously) called at his home in 2014 when his sexual assault scandal first broke.

“I just want the Black Press to be fair,” Cosby told me, before almost daily inviting me back to a private sitting room to discuss the case.

In truth, Cosby wanted all media to be fair. That he felt the need to ask for fairness is shameful, but in the era of Fake News, it was understandable.

Cosby would even call me at home and speak with my wife and children, telling them to behave themselves and, of course, making them roll on the floor laughing with his latest jokes.

And, after two jury selections, two trials, a hung jury and ultimately a guilty verdict and prison, it was even easier to understand why Cosby asked for fairness – he didn’t get it from mainstream media and only the Black Press presented — with pin-point accuracy — the accounts of a trial that was reminiscent of how trials against black men were carried out during and before the Civil Rights era.

It is probably why many African Americans still celebrate the not guilty verdicts bestowed upon Michael Jackson and O.J. Simpson.

Because all too often, the odds of a black man prevailing in a high-profile criminal court case being tried in an American courtroom are tantamount to President Donald Trump and Senate Majority Leader Mitch McConnell waiting tables at a soul food restaurant in Harlem while offering reparations for slavery.

The day Cosby was to be sentenced, he called me while enroute to the courthouse.

I said to him, “Don’t you have an appointment?”

To which he said, “I’m not worried about that.”

He wanted to know how my son was doing.

You see, during the course of our conversations, I shared with him something that was troubling my son, and Cosby and his crisis manager, Andrew Wyatt, made it a point to check in regularly.

And, on the day he knew he was losing his freedom – within moments of actually losing that freedom – Cosby’s concern was the well-being of my son.

I not only covered Jackson’s trial, but had the unenviable task of being called as a prosecution witness.

I remember briefly speaking with Michael Jackson the day before my testimony.

He offered me his Bible and we shared a brief laugh. He was with his children and he and I both were in a bit of a hurry.

Emotionally, I felt badly for Michael. But rationally, I believed he was guilty of the charges being levied against him.

I had to help but, what could I do? In the end, he wasn’t compelled to testify, and Michael Jackson walked out of court a free man, but to borrow a phrase, he was “a dead man walking.”

At the time, California-based Sky News asked me where I saw Michael in five years. My response: “Dead.”

That was because Michael’s family had repeatedly told me that he was heavily using drugs.

Each time I saw Michael, it seemed to have confirmed their fears, although when he died four years after the trial ended, the medical examiner didn’t find any illegal drugs in his system.

During one of my visits to Neverland Ranch, Michael’s famous home, I remember seeing a guest book that he wanted every visitor to sign, and among the famous names was O.J. Simpson.

Garcetti, in my mind, wanted a jury of blacks and other minorities to find O.J. guilty. However, Garcetti later explained to me that he asked for the venue change for the trial because the Santa Monica courthouse wasn’t large enough to accommodate the number of media and others covering and attending the trial. Imagine that, the media decides where justice takes place.

Even though he was acquitted of the murder charges (perhaps becauseof the fact that he was acquitted), Simpson never fully appreciated the zeal to see him behind bars — for any reason — held and maintained by a large percentage of the American public. As a result of that zeal and arguably, his own poor judgement, he served nearly a decade in prison for attempting to steal memorabilia that he argued actually belonged to him.

In 2007, Simpson was arrested in Las Vegas, Nevada and charged with armed robbery and kidnapping when he and a group of other men entered a room at the Palace Station Hotel Casino and took sports memorabilia at gunpoint.

While Simpson admitted to taking the items, which were previously stolen from him, he denied breaking into the hotel room and also denied that he or anyone else was armed.

Simpson was arrested along with three other men and charged with multiple felony accounts. Eventually, all three of Simpson’s co-defendants plea-bargained with the prosecutors in exchange for reduced sentences and an agreement to testify against Simpson at trial that guns were used in the robbery.

For more behind-the-scenes insights into the legal sagas of Cosby, Simpson and Jackson, read my book.

Disclaimer: The views and opinions expressed in this article do not necessarily reflect the official policy or position of BlackPressUSA.com or the National Newspaper Publishers Association